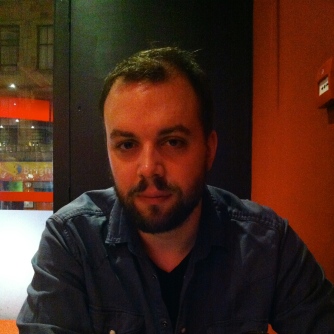 Graeme Truslove is a composer and performer based in Glasgow, Scotland.  His output includes: sonic and audio-visual compositions, and improvised music – playing guitar and/or laptop in various solo and collaborative projects.  His work is largely concerned with conflicts between intuitive performance and the fixed-medium, often integrating microtemporal and immersive approaches to sound creation and performance.  He holds both an M.Eng in Electronics with Music, and a Ph.D. in Music Composition from the University of Glasgow.  He currently lectures in Composition and Music Technology at the University of the West of Scotland.